London, 26 July 2012 - The World Olympians Association yesterday hosted a prestigious Gala in the exclusive St. James's Palace in London’s famous Pall Mall. Some 400 members of the Olympic family gathered in the presence of H.R.H. The Princess Royal and under the High Patronage of H.S.H. Prince Albert II of Monaco. A highlight of the association’s activities in London, the Gala has underlined the renewed positive relations with the International Olympic Committee (IOC), International Federations and National Olympic Committees, under the leadership of its new President, Joel Bouzou. The event marked a key milestone in WOA’s intention to step up its role with the IOC with it’s double mission: “Serving Society and Serving Olympians”.

In an inspiring welcome speech, Joel Bouzou, WOA President, declared: “I am making a pledge as President of the World Olympians Association, and as an Olympian myself. My pledge is that the role of an Olympic athlete is not reduced to sixteen days of competition once every four years. I’m making a pledge tonight that Olympians from all around the world, past and present, serve society on a daily basis, twelve months of the year, and offer what they do best.”

Speaking in agreement with President Bouzou, H.S.H. Prince Albert II of Monaco, Patron of the WOA, emphasized: “As an Olympian and a member of the International Olympic Committee, I am delighted to see this Association take a growing place in the Olympic movement. The Games are nothing without athletes. They would not exist without these tens of thousands of Olympians who have written these pages in history.” Representing the International Olympic Committee, Thomas Bach, IOC Vice-President, took the opportunity to reaffirm the IOC’s full support for the WOA’s ambitions, which are summed up by the motto "Serving society, Serving Olympians". Thomas Bach made special mention of the great achievements of the Olympians family in recent months.

The Olympians Gala is the WOA’s first formal event at the Olympic Games. It brought together Heads of State, Ambassadors, UN Representatives, IOC members, leaders of International Sports Federations, representatives from the private sector and a large number of Olympians.

The WOA Gala was supported by “Mario & Sonic at the London 2012 Olympic Games” as part of a long term plan to advance the mission of the WOA, which is committed to giving back to those who share its values and are motivated by its vision of Olympic principles. 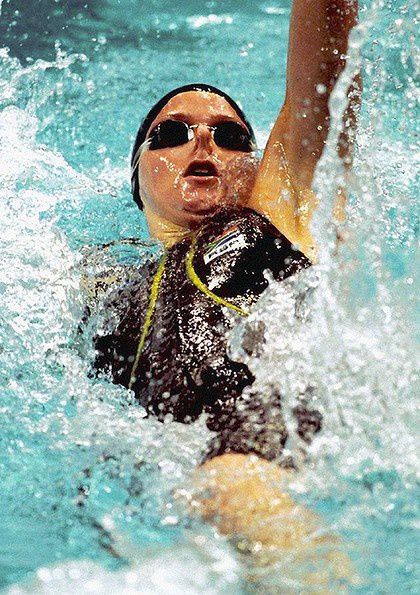 
Before she met Prince Albert and became the Princess of Monaco, Charlène Wittstock was a professional swimmer for her home country, South Africa. At the Sydney 2000 Olympic Games, Charlène was a member of the South African 4x100metre medley relay team, which came in fifth. She also made the semi-finals in the 200metre backstroke. The future Princess had hoped to compete at the Beijing 2008 Games, but did not qualify after being out of the sport for over eighteen months due to a shoulder injury.