Gatsby Gala at the villa Ephrussi in Rothschild 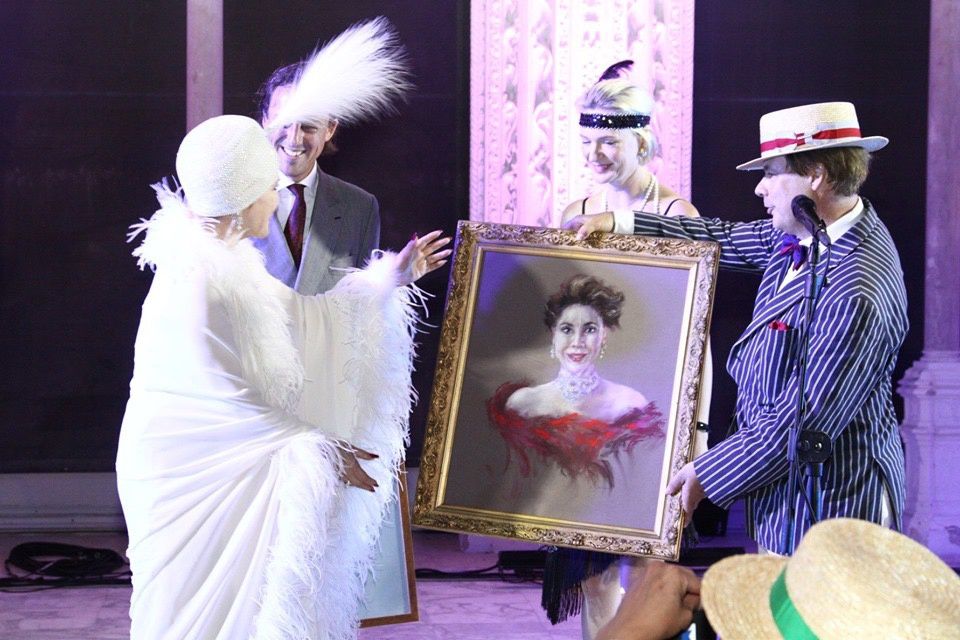 Gatsby Gala at the villa Ephrussi in Rothschild
Peace & Culture Earth Rally in association with the Friends of the Villa Ephrussi de Rothschild have jointly organized this summer a retro 1925 gala with classic cars and a garden dinner with a breathtaking show combining concour  of elegance , Art painting  , Ballet  and Concert  as a classic car ride from the Hotel de Paris with a cocktail at the new Graff boutiques;l included in the program event . Peace & Culture Earth rally founded by Juan Henri Tamenne in 2016 has for  mission is to awaken politicians and leaders to think about acting quickly on reducing the use of plastic, recycling attitude and limiting the use of nuclear energy and weapon as soon as possible  all in a coordinated and realistic way and think about  Bio diversity and ecosystems , not like a revolution, but an evolution Peace & Culture Earth rally join various exclusive international events  from Europe , Russia and Japan with attractive high-media classic cars rally to reach and talk to the World economic  leaders of women and men since only politicians and the CEO have direct power to act . a way to spread messages .,inspire and be the seeds of global change in the world We have only one planet in common and time now is short to keep it in best shape for our childrens . A large delegation of 70 Japanese from Amities sans Frontiere Japan  attended the Gastby Gala  as  a Vip group of inﬂuents leader and young Japanese successful young star up enterprise lead by former First Lady Dewi Sukarno and her association Earth Aid Society . Peace & Culture earth beneﬁts from the support of Japanese Prime Minister Abe,the former  governor of Osaka Toru Hashimoto, mayor of Kobe, Osaka and Fukushima as well as in Monaco the strong support of Philip Zepter  , owner of Zepter international  , well known for  industrial and medical quality and produces various earth-friendly products . Also the,Ong support  International Summit on behalf of Mrs Higuchi Yuriko, Glion classic car museum with Mr Tabata and the Japanese environmental activist Green Samourai and Monaco support  from  Graff Jewelery and Leo de Versay Champagne. The next action in Monaco of Peace & Culture Earth rally will be to reach Japan by classic car ( 13 000 km ) from Monaco To Japan in May  by road crossing Russia and join the Olympic game in Tokyo in July 2020.  More update on www.webelongtogether.ru  and www.greensamourai.com

The Green Samurai and Lady Sukarno

Arrival of SAR the Archiduc Carl- Christian of Austria