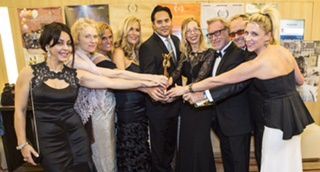 2015 Lifetime Achievement Award A standing ovation for the acclaimed broadcaster, film critic, interviewer, host and reporter DAVID SHEEHAN in recognition of his pioneering idea to bring entertainment reporting to the news, and his 44 year career crusade against violence on screen.