NICE OPENS ITS DOORS TO THE XCAT WORLD SERIES 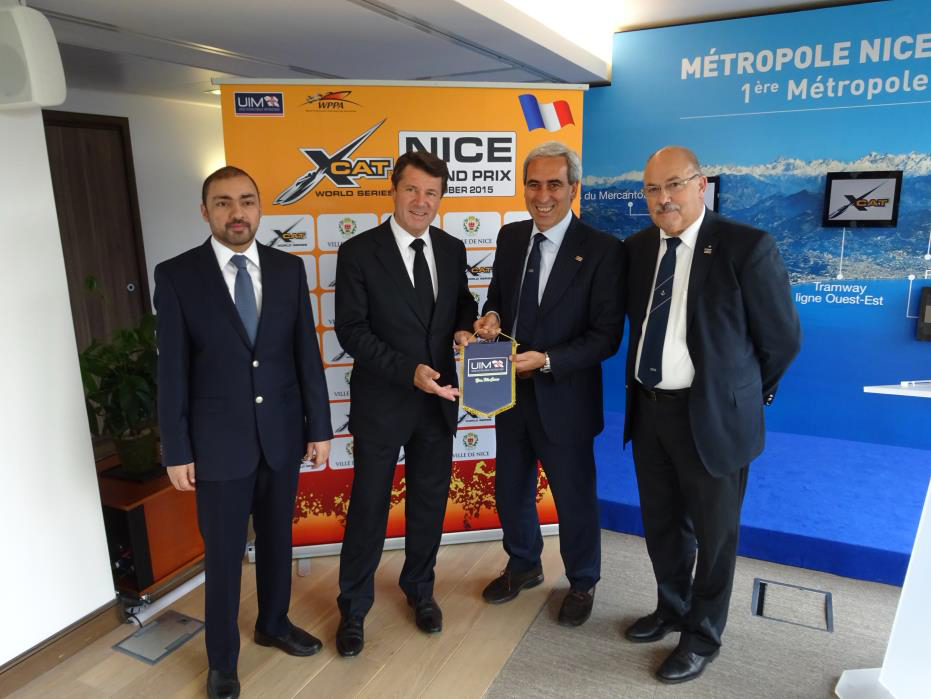 On the occasion of a meeting held in Paris, Mr. Christian Estrosi, Deputy Mayor of Nice and President of the Metropole Nice Côte d’Azur, welcomed Dr. Raffaele Chiulli, UIM President, the French Powerboating Federation President, Mr. Jean-Marie Lhomme and a Delegation from Dubai headed by WPPA Vice President Dr. Khalid Al Zahed for the announcement of the arrival of the XCAT World Series to the Côte d’Azur, France, as from 2015 onwards.

For the first appearance of the XCAT boats, the stunning city of Nice will be hosting Round 5 of the 2015 UIM XCAT World Series from 16th – 18th October 2015. The UIM is very pleased about the entry of this new venue on its racing calendar, only a few miles away from its headquarters located in Monaco.